When, How and Why I Became Interested in Astronomy

I was in my father’s den – the summer of 1965 – looking up something for a school assignment in our World Book Encyclopedia. Dad was also in the room tapping madly on his ancient Royal typewriter. It must have weighed 40 pounds.

On the floor, next to his desk was a beautiful rectangular, burgundy leather case; small – about 15 by 8 inches. He had recently brought this home and I was fascinated by its contents. I will always remember his telling my older brother and me: “Keep five feet from this case. You’re always welcome to look inside, but never before asking me first.”

Of course, it was a new Questar 3 1/2” astronomical telescope. Gleaming like platinum and costing as much as a living room of new furniture. My father was an accomplished engineer out of Cornell. He knew this was a Stradivarius. He was also an avid sailor and well-educated in celestial navigation. Thus, an astronomical connection for me (but not my brother).

My uncle Tek (no one knows where the nick name originated), Dad’s older brother, owned a sprawling farm outside of Califon, NJ, about an hour’s drive from my hometown, Metuchen, NJ. “The Farm” (to which it was always referred) had livestock, a party-line phone – and a pristine open dark sky. Soon after acquiring the Questar, we went up to The Farm for dinner and to set up the scope for First Light.

It was late summer Clear as a bell. Lamb was roasting on the outside open spit. I remember my father and Tek (also a Cornell engineer) discussing how best to set up this little gem in the “outer field” (about 30 acres of horizon-to-horizon open sky) while simultaneously scratching there heads trying to figure out the Questar’s mysterious mode switches. I wasn’t watching their progress.

I was looking up.

In the past, I hadn’t really paid much attention to the sky. There was already light pollution in Central Jersey and none of my friends were much interested in astronomy. But that September night I couldn’t stop stargazing. We got the Questar set up on a sturdy table in the outer field. No vehicle noise. Not a light for miles. Just critters rustling in the grass. And more talk about the mysterious mode switches. And me – still mesmerized, looking up.

Dad knew some of the constellations, with their associated brighter stars and planets important to celestial navigation. It was a lucky night for a visit. The moon was in last quarter and late rising. Although, for this group, a quarter moon would have been a spectacular experience in the Questar.

Near the zenith was Vega, which my father recognized. And Polaris, which, of course, he knew well. There was a bright object low in the southeast. As with any well-prepared boatman, he had brought along his 7×50 binoculars. We would have been lost without them ! One of my Farm cousins had a beginner’s astronomy book (of course Chris, Tom, Peter, Mopsie and young Collie, Jupiter — yup, that was his name) were all out with us). The book listed a few prominent Messier objects, none of which any of us knew about. But we certainly wanted to explore.

The first target, if old memory serves, was Vega. Dad and Tek fiddled until they reached focus. They were most impressed. My cousins and I jockeyed for eyepiece (the famous Brandons) position and were sternly warned by both adults that any rough-housing near the Questar was absolutely forbidden. Back then, when our fathers set a command, we listened.

We found Altair and Polaris. I have no idea if we were able to split Polaris (Ab 2006 sep = 17.0”), but I doubt it. My father serendipitously ran across M 31 with the binocs (although it was easily naked eye). What a great to-do THAT caused. The book described M 31 and I recall we spent quite a bit of time on the galaxy. Mostly with the binoculars. I was slack-jawed and couldn’t wait to look up more about this object. Get me to a library ! But for me, the astonishment that sparked a life-long journey of curiosity and discovery was to come a little later in that field.

That bright object rising the the south east was…Saturn.

It took a while for the grown-ups to get the planet in the Questar FOV. But when they did, my father, generally a pretty reserved person, let out a shout. I don’t remember what he said, but I’ll never forget his tone of excitement and delight. When it was my turn at the Brandon, I was stunned. Sure, I’d seen lots of pictures of Saturn. But none of them looked like this. Not a one. This was live! This was real ! This eleven-year-old was hooked. Deeply and permanently.

I built a small library over the following year or two and was allowed to use the Questar under close supervision. I learned that binoculars were a Godsend for learning the sky and (at that early stage) effective for finding some of the brighter DSOs. Plus, I was very lucky to have a father who (loving the physical sciences himself) completely encouraged a youngster’s curiosity.

But I wanted my own. Akin to a teenager wanting his own car. My paternal grandparents, who lived a few miles away, agreed to gift me the money. At the local hobby shop, I bought the standard novice scope of the era. You guessed it: a Tasco 60mm, f/12 refractor. Rickety, with a dangerous eyepiece screw-in solar filter, a 25mm and 10mm (undoubtedly Huygens) and a Barlow. The universe was mine.

At home, observing was challenging, Most of the property was filled with giant oaks, except for the front yard, which was filled with giant street lights. I kept copious observing notes and researched every new object I discovered. The ultimate astro uber-nerd. For a year or so, I treated that shaky scope like the Hale 200” at Palomar (which many years later I would climb aboard). A buddy I’d known from elementary school gained an interest in astronomy and bought a Sears refractor. So I had a comrade in arms. 1968. Just entering Junior High School there were new distractions. Girls (problem is they didn’t find me much of a distraction), and school work, much more of it and more difficult.

But astronomy was deeply ingrained and could be shoved to a corner – but not for very long. Then another hobby began gnawing at me as a direct result of my love for the sky.

Like today’s public pushing their cell phones against an eyepiece, one night I pushed my Dad’s Leica IIIc against the terribly achromatic eyepieces (although all those exposures were B&W).

Of course photography was film-based (I mostly used Kodak Tri-X). You had to wait a week or more to see the results of those moon shots. While doing all that waiting, I started doing some terrestrial shots. And more terrestrial work. 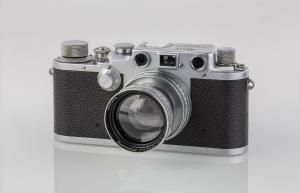 So, for the first time since that Saturn epiphany, I was deeply smitten by a second hobby. And I seemed to be pretty good at it. I never pursued astro photography. I bought my first DSLR (a Miranda SX}, with removable penta prism, just in case astro photography came back into the —– picture. No more waiting. I convinced my parents to build a custom darkroom.

Early in 1969, at 15, my astronomy buddy, Eric Sohmer and I enrolled in a 10 session Saturday astronomy class at New York’s Hayden Planetarium. Our parents were initially against the idea of our going into the city, but we were good salesmen. Yes, of course we skipped some classes and went exploring another universe: Manhattan. We kept our wits about us and never ran into any problems. So THIS is 42nd Street ! Huh.

By this time I had been a loyal subscriber to Sky & Telescope. Remember those ads? Jaegers; Edmund Scientific; Optical Craftsmen (oh my !); Unitron. And, of course – Criterion and it’s mouth-watering RV-6. That full page ad lit my eyes on fire (again, what a nerd). That needed to be my next scope.  But, alas, my parents said no to all my imploring and justification. No room in the two-bay garage. Sure.

Many years later, I lived in the town of West Hartford, CT where Criterion Manufacturing was headquartered. But by then it had recently closed down.

At each NEAF I’ve attended, I still visit the vintage scope booth and admire the one or more RV-6s on display.

High school led to more terrestrial photography and new interests in physics (Henry Anzak – thank you for understanding how to bring physics alive for us !) and theoretical astronomy and cars and going “steady” and…

Tenth grade and my first trip to a newly-discovered astronomy club in Princeton; the Amateur Astronomers Association of Princeton. It was 1970. My father drove a friend and I down for the advertised lecture. That friend was Vince DaGrosa, who had a cursory interest in astronomy.

Fifty years later we’re still friends. Vince recently joined the AAAP. I guess he really had to study the options of joining. I stayed with the AAAP until 1976 (when college began) and re-joined in 1998. The 22 year hiatus was due primarily to living elsewhere around the country for business. From that year forward I again immersed myself in astronomy and astrophysics – and lucky enough to get to know many Princeton University astronomers and physicists over time. As luck and fate would have it, one evening an emeritus professor made a short “request” visit at the beginning of a AAAP monthly meeting.

That person was none other than David Todd Wilkinson.

Wilkinson was a world-renowned pioneer in the field of cosmology specializing in the study of the cosmic microwave background radiation (CMB). He was looking for volunteers to assist with a project, coordinated with Harvard’s Oak Ridge Observatory, It was an optical SETI endeavor and would require the refurnishing of the long-unused Fitz-Randolph Observatory, housing a 0.9 meter Perkin Elmer Cassegrain. All new software was written and installed by the physics department wizard Norman Jarosik. A complex photometer array called the “OSETI Box was co-designed and built by both groups. The project was active from 2001 to 2004. Sadly, David died from cancer after a long battle. He was one of the nicest human beings I’ve ever met. That project was a singular highlight in my astronomy life.

We also used the refurbished observatory to occasionally invite the public for open-house viewing. These events were extremely popular. Unfortunately, despite many debates, after David’s death, neither the Department of Astrophysics nor the Physics Department had any interest in maintaining the facility. It was mothballed and later scheduled for the wrecking crew. The scope was sold or donated to a school about 2015. The observatory still stands.

A long, fun and rewarding journey. From a field on a family farm, to Tascoland, later, an 8” Newtonian, an adventure climbing aboard the majestic and legendary Hale 200” on Palomar Mountain, Princeton classes (General Astronomy; Exoplanets; General Relativity; Cosmology), many NEAFs, countless “star parties” and a library of books.

Two years ago, I bought my very own ——

This entry was posted in May 2020, Sidereal Times and tagged miller. Bookmark the permalink.