It’s hard to believe that we are already at the end of the club year.  It seems like just yesterday that we were celebrating our 50th anniversary over at the IAS. 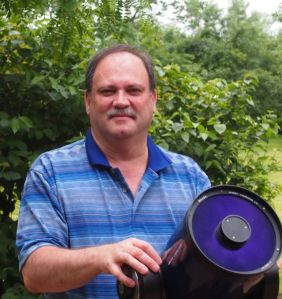 We are now entering into my favorite part of the year – the public viewing season over at Washington Crossing.  Last year I think we had a fantastic year both in terms of very few rain/cloud days, and in the number of attendees.  I hope we have a repeat of all of that his year.

Even though this is a fun part of the year for me, I can’t overlook the fact that this ends my tenure as Director.  I have been honored to be the director to bring us into our 2nd 50 years.  It has not been without its challenges, and there are still things that need to be resolved, but nevertheless it was a rewarding experience.

I look forward to what Rex will get done during his tenure.  When I first joined the club, Rex was the Director.  I liked the direction the club was moving in at the time, and I’m sure I will have the same feelings next year.

I cannot leave this post without thanking my board; as I said last year, one of the reasons I decided to accept the nomination for Director was because of the strong people on the slate with me.

At the risk of overlooking someone, I should also thank those who are in other prominent roles in the club for their contributions:

This entry was posted in May 2014, Sidereal Times and tagged bernardis, director. Bookmark the permalink.

1 Response to From the Director